Top Baby Names in 2013 Part 2: Include a Surprise for Boys

As we said in our previous list of Top Baby Names for 2013, ask 5 experts their opinions and you’ll get 5 different answers. Such is the case with By Beth Greenfield, Yahoo Shine Staff columnist in her latest article on baby names. The highlights of which are as follows: 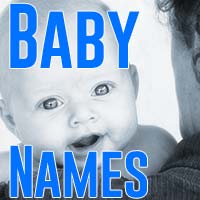 The trend in baby naming took a shift of biblical proportions in 2013, with “Noah” moving into the top spot for boys. It was the first time a name other than “Jacob” or “Michael” has been No. 1 since 1960. “Sophia” remained the most popular girls’ name for the third year in a row.

Another surprise for boys’ names was Liam, which rose to No. 2 in 2013 after just entering the top 10 the previous year.

“’Noah’ and ‘Liam’ are both smooth little names,” Laura Wattenberg, author of “The Baby Name Wizard” book and website, tells Yahoo Shine. “I call them ‘raindrop names’ — they’re tiny, but they have more than one syllable, and they are totally smooth, with no hard stops or rough edges.”

The only surprise with top girls’ names this year, she notes, was that there’s been very little movement. In fact, the very same 2013 monikers — which include “Emma,” “Olivia” and “Abigail” — made up the top 10 in 2012, in just a slightly different order.

While there’s no clear celebrity connection to the name “Noah” — besides the ark-building prophet, of course — it’s not a surprise, Wattenberg notes. “No. 1 names are usually not there for a celebrity-based reason,” she explains. “To reach that height, you have to have broadband appeal.”

For “Noah,” which has been in the top 10 since 2009 and has moved up the ranks every year since, the winning factors are based on “the intersection of a smooth sound and biblical origin, making it an obviously traditional name for parents who don’t want something that sounds made up.”

Phonetics, Wattenberg says, are a fascinating part of what makes a name appealing, because while trends in areas such as fashion are largely dictated, “sound [trends] are an organic phenomenon.” And while smooth sounds have typically been associated with girls’ names, such as with “Emma” or “Mia,” she adds, “boys’ and girls’ names are getting closer in style today. Parents used to be more conservative with choosing boys’ names, but now they, too, are very much objects of fashion.”

Other news from the Social Security Administration, which has been compiling baby-name rankings since 1880, include data on the fastest-rising names — the No. 1 of which for girls is “Daleyza.” That’s clearly due to the popularity of the Spanish-language mun2 “Larrymania” reality show, on which star Larry Hernandez has a daughter with that name.

The fastest-rising name for boys? “Jayceon,” which is usually pronounced “Jason,” and was inspired by rapper Jayceon Taylor. But, Wattenberg says, it also nicely illustrates — as do names such as “Jaxen” and “Jaxson” — the growing phenomenon of parents using creative spellings as a way to stick to popular sounds while also being unique.

“Rankings can affect people’s thinking, but doesn’t change their taste,” she says, adding that parents of today are much more interested in finding a name that stands out rather than blends in. “Usually everybody wants to be No. 1 at everything — except with baby names.”