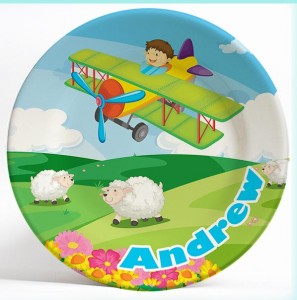 I suspect during the next year, we will see a surge in baby names influenced by the presidential election. The most popular baby names in any given year are usually directly correlated with what is happening in the world. I remember the emergence and popularity of the name Chelsea when Bill Clinton took office and the world was introduced to his then-pre-teen daughter.

The gender-neutral Taylor, Kennedy, and Reagan still are quite popular baby names and for boys, Grant, Carter, William, and the twist on Lyndon, Landon.

With President Obama, we were introduced to the names Malia, which emerged in the early 1980 and surged in 2009, and Sasha, which peaked in popularity in 1988, long before Sasha Obama was born.

Will we see a surge in the names Hillary or Donald? What about Bernie? Likely, a brief spike with the name Ivanka and a likely growth with the safe, traditional name Eric.

Presidential-inspired baby names that hold a more gentler, kinder association include Madison, Lincoln, and Jackson. The gender-neutral Taylor, Kennedy, and Reagan still are quite popular baby names and  for boys, Grant, Carter, William, and the twist on Lyndon, Landon.

First ladies have held a more traditional footing on baby names, with the more popular being Elizabeth along with its variances, such as Beth, Bess, Betty, and Liza or Lisa.

Jacqueline, inspired by President Kennedy’s wife, grew in popularity in the 60s, as did a number of the Kennedy clan names and their derivatives, Jack, Bobby, Ted, Rose, Patrick, and Caroline.

If, like many I have spoken to during the last month, you have grown long tired of the presidential election and would never even consider a baby name related to this election, however, you can still go with some of the top five most popular baby names of 2016 thus far:

Do you have a favorite or unique name for your baby? Send us a note. We’d love to about your most loved –or hated, baby name. Visit PersonalBabyProducts.com and PersonalizedKidsPlates.com to stay up-to-date on topics, tips and articles written especially for parents. We welcome you to share, repost and re-tweet our news, ideas and stories with your social network.